The last time I was in New York (the end of October, for about a week), I had some sort of strange mental reaction to being around so many people. A major theme in my personal writing over the past year has been that I’ve been mostly alone. Not isolated exactly, but by myself most of the day, working at my dining room table and often taking walks long after anyone else has gone to bed in Palm Springs, already a rather quiet town.

Things got even quieter on the hour drive to the airport, the five hours on the plane, and the extra forty-five minutes in MTA’s loving embrace. When I popped back up above ground there were suddenly SO MANY PEOPLE. And not just people, but people my age, which was a completely foreign experience after so long away.

For all these reasons (or perhaps none of them—I still haven’t figured out the cause), every other face that passed me looked like someone I knew. They almost never were, of course, and I kept telling myself that, but I guess I was so desperate to see as many of my friends and acquaintances as I could that I started imagining their presence.

In general I adored my first year of college but I also went through a few dark moments. Not dire or morbid, just unsettling, and usually triggered by bad dreams. Some of my favorite dramatic writing of that term came from one of these experiences, and it pops into my head often. It happened almost exactly two years ago, and I wrote about it. That bit of musing is on Facebook (i.e. hidden from the world), but here it is in its entirety:

“Noi Boi” by The Velvet Teen and that Elliott Smith song about the skinny Santa and the Trio in Stereo song where dude says “Come On, it’s Two Thousand Four” and my ringtone all take turns in my head and Beirut is in my ears and I ate too much, walking around thinking about a million things, everything I see should be written into the screenplay I have to write, there’s a red laundry bag sitting against a tree and a guy with a big dog walking toward me that moves out of the way for me rather than me for him because I can’t get to open space in time, eighth avenue sixth avenue a little Spanish cemetery, less than ten feet square, but in a triangle shape, the headstones are stapled to the brick wall, I should get to class, the length between sixth avenue and fifth is the longest length, my head is throbbing, I want to go for a longer walk, I repeat all of this over and over in my head until I can write it down, I only write to publish, my head is throbbing tunnel vision

Every time I hear King’s Crossing by Elliott Smith or anything at all from Trio in Stereo’s unfortunately tiny discography, I remember this stretch of time, walking past Saint Vincent’s hospital (where I would spend a night two years later), losing myself a few blocks from the West Side Highway (one of my very favorite “quiet” destinations) and finding the inspiration for Harrison, the aforementioned screenplay, my favorite one I’ve written.

It’s a rainy day here in the desert (which isn’t that unsual lately) and Trio in Stereo came to mind, so I put on that EP that brings back all of these minor-key, but altogether fond memories. And I was shocked when I noticed what the work is called. 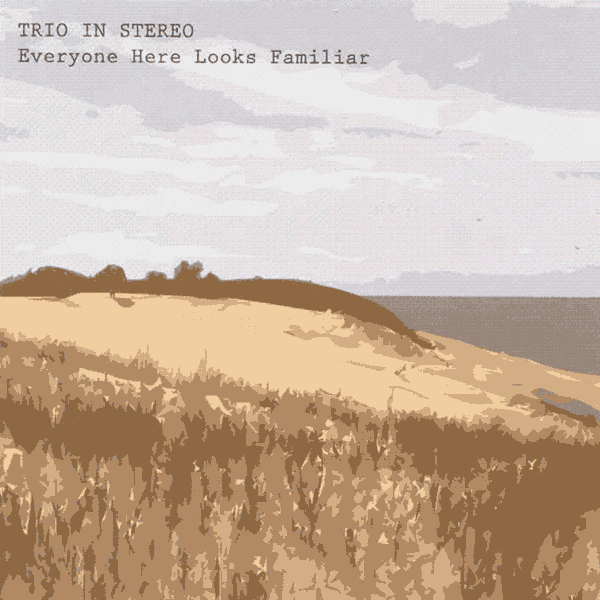 Listen to Pork by Trio in Stereo.